I was honored to be awarded Media Credentials to cover the 2019 World Cup Bobsled and Skeleton Competition last month. I have always enjoyed watching these sports during the Winter Olympics but had never seen a bobsled or skeleton in person. It was absolutely amazing! The weather was so cold to me, but they kept saying it was “balmy”! So funny, because my hands were freezing the entire time I was up there because I had to keep taking my gloves off to use my camera. Snow, snow showers, single-digit temps, and tons of ice everywhere!! My cousin Ann went with me and it was incredible. Cold weather and all!!!! We even got to partake in the bobsled run! 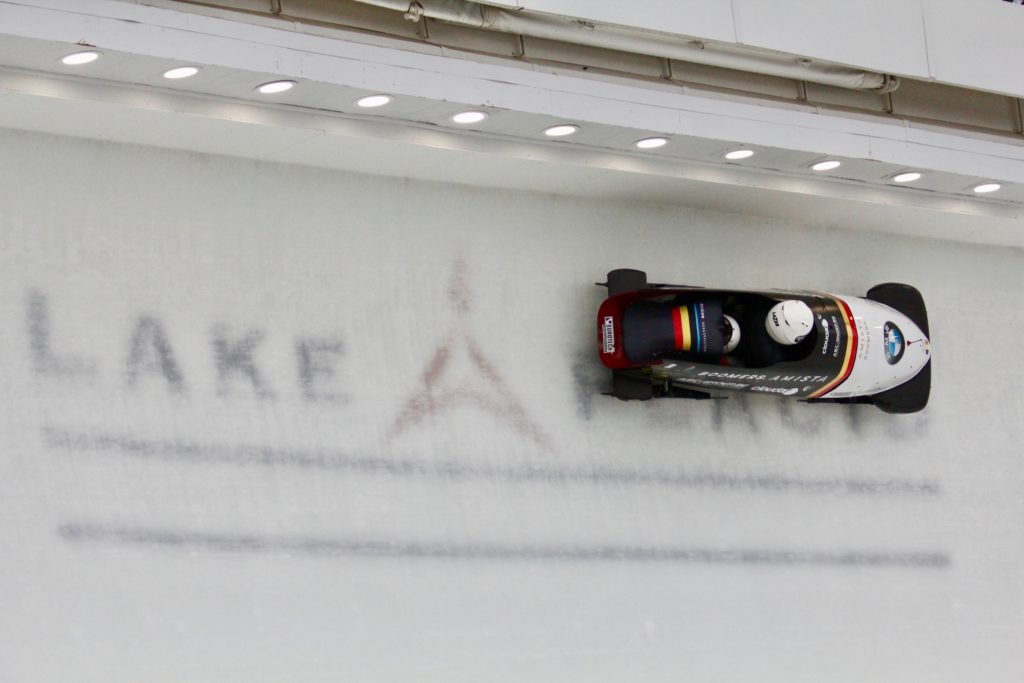 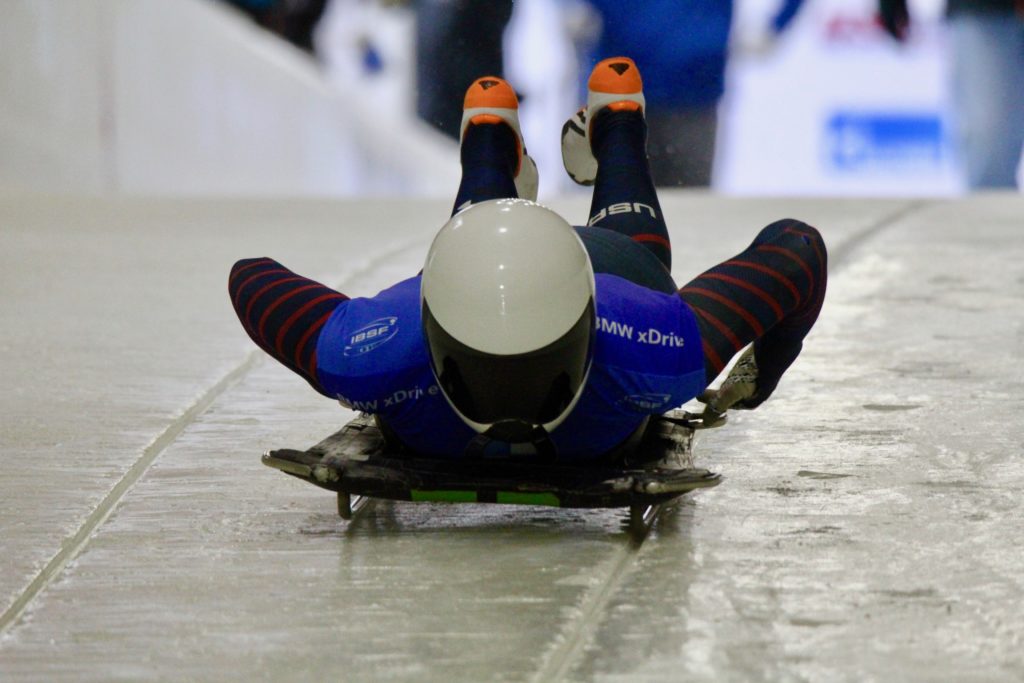 Can you imagine racing down the ice going around 80 miles per hour? All while your chin is about 3 inches from the ice? These athletes have my utmost respect! 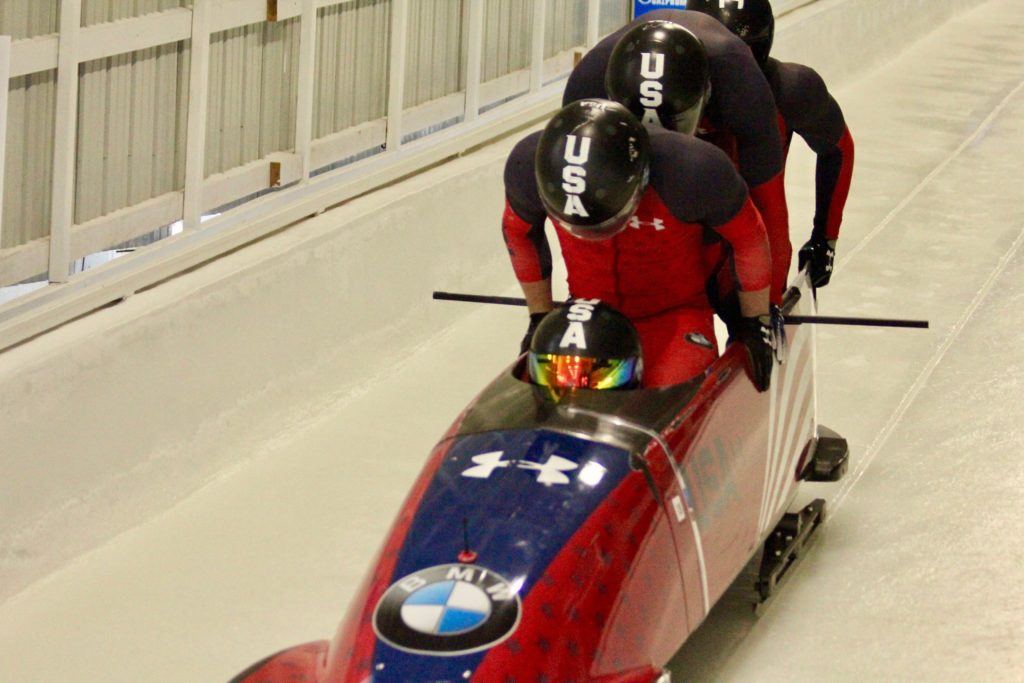 Such a small space to get into very quickly! 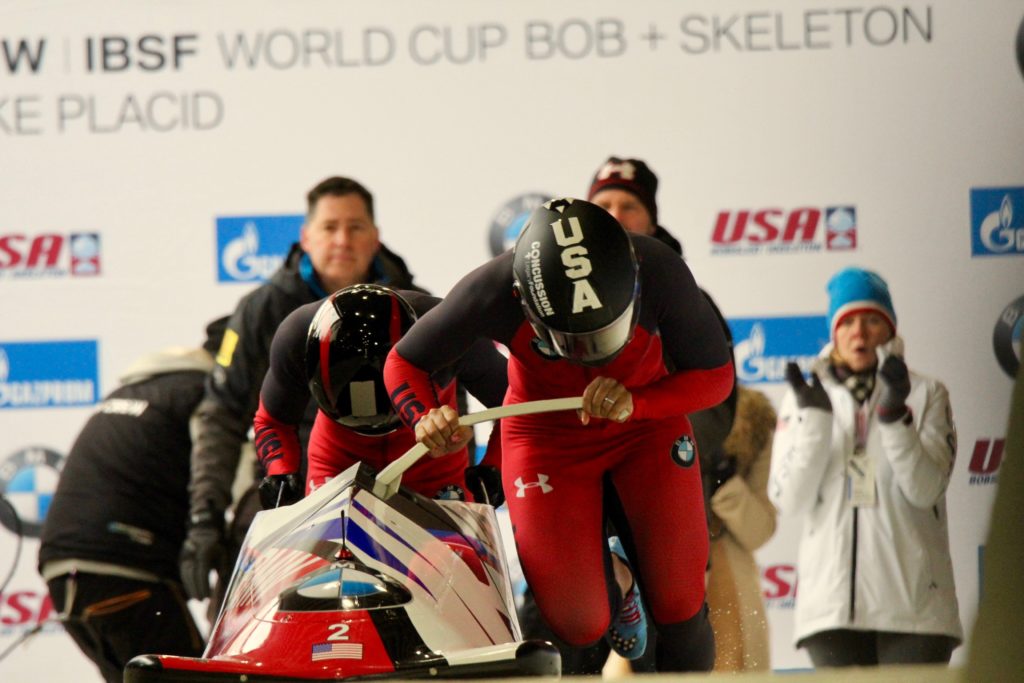 Elana Meyers Taylor (Pilot) and Lake Kwaza (Brakeman) did a phenomenal job at this World Cup Competition! It was exhilarating to just be on the sidelines taking it all in and trying to get some decent images. Watching the bobsleds go about 83 miles per hour was phenomenal! At other tracks that are less challenging and winding than Lake Placid, the bobsleds can go up to 93 miles per hour! 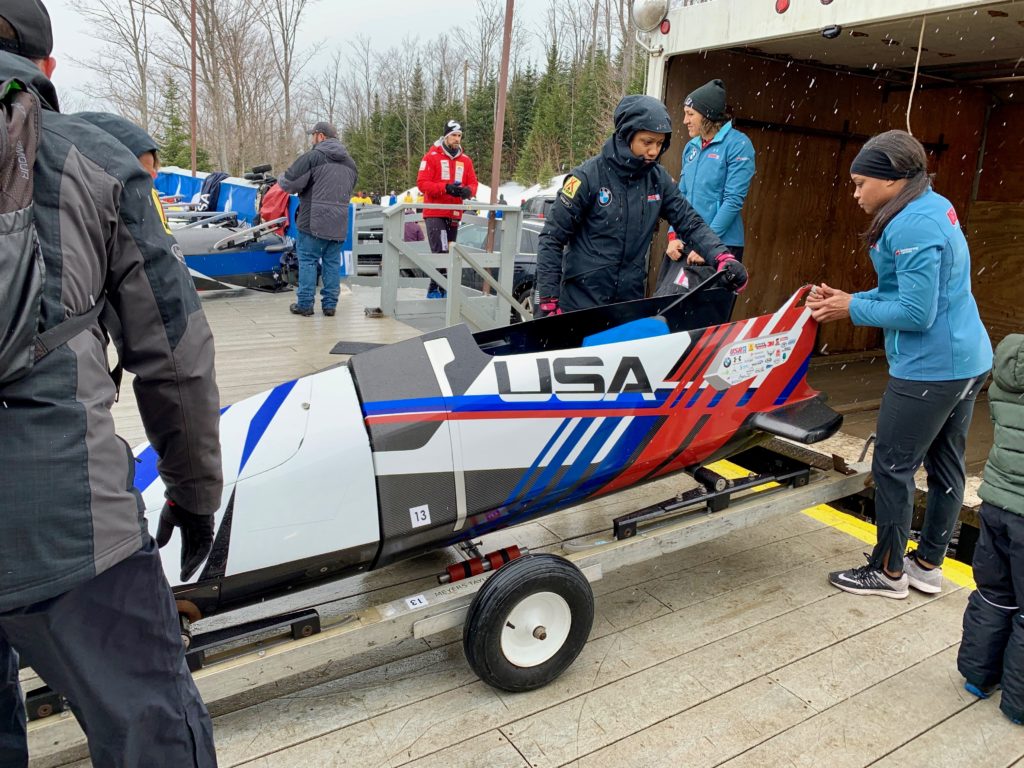 Each time the bobsled races down the track, it has to be brought back up to the top of the track for the next heat. The athletes ride along in the back of the trailer. 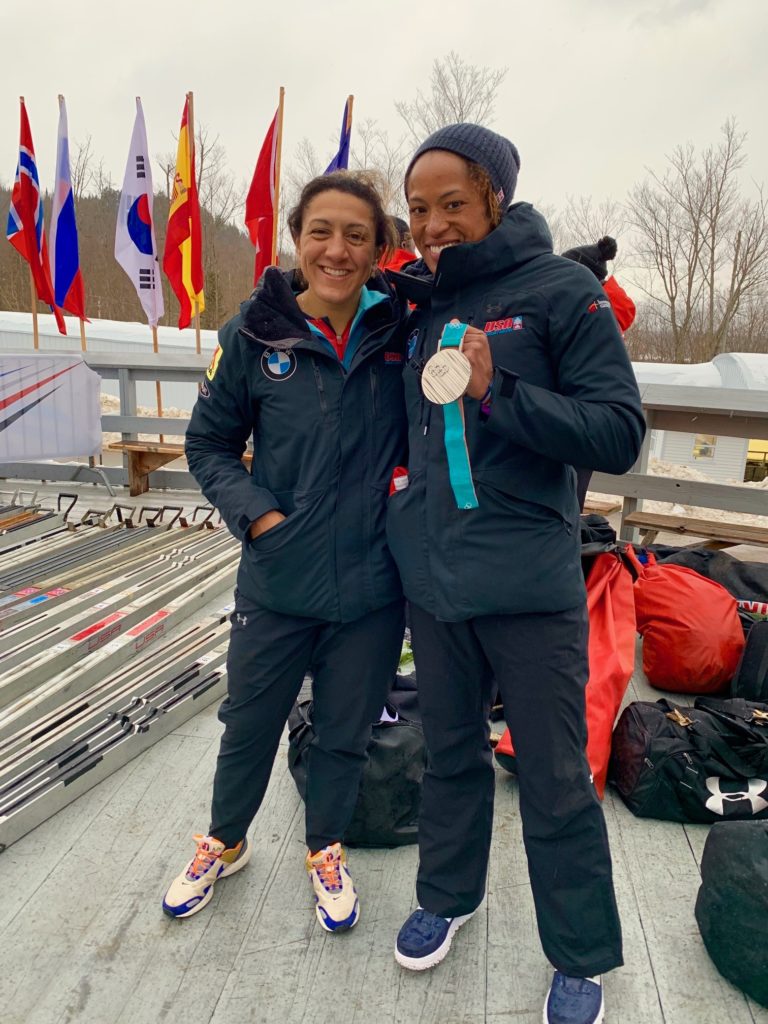 When I asked these two gals if I could take their picture, Lauren pulled this beauty out of her pocket! It is her Silver Medal from the 2018 Winter Olympics in PyeongChang South Korea! She even let me hold it! It was heavy….who knew!!! What a privilege to meet these talented athletes! 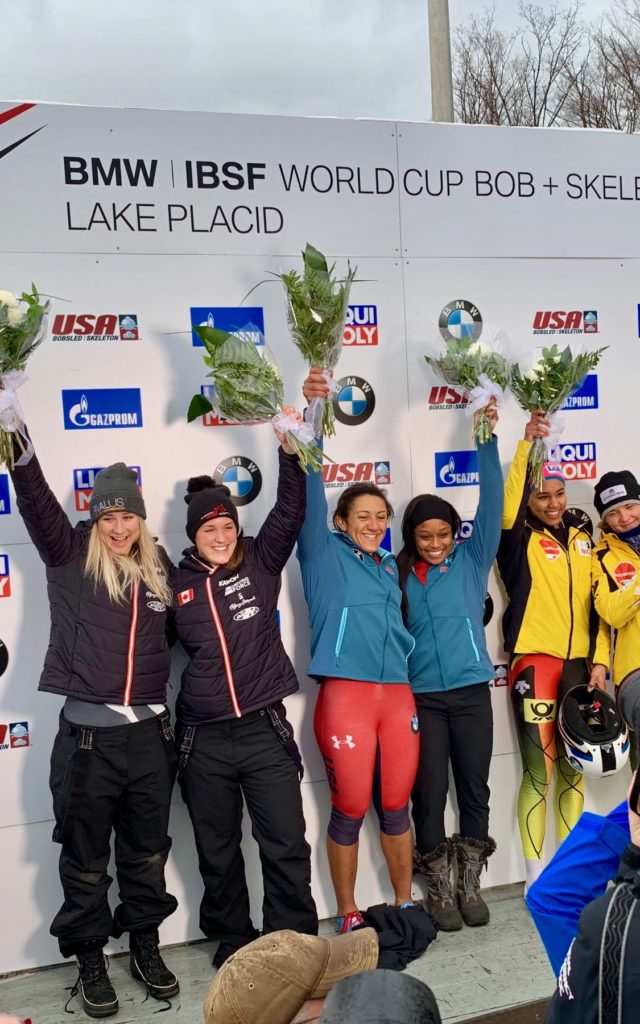 THEY DID IT!!!! Elana and Lake won the Lake Placid World Cup 2-Woman Bobsled Gold Medal! So exciting! Way to go ladies representing the USA in the 2019 World Cup Bobsled Competition! I am so proud of you both! 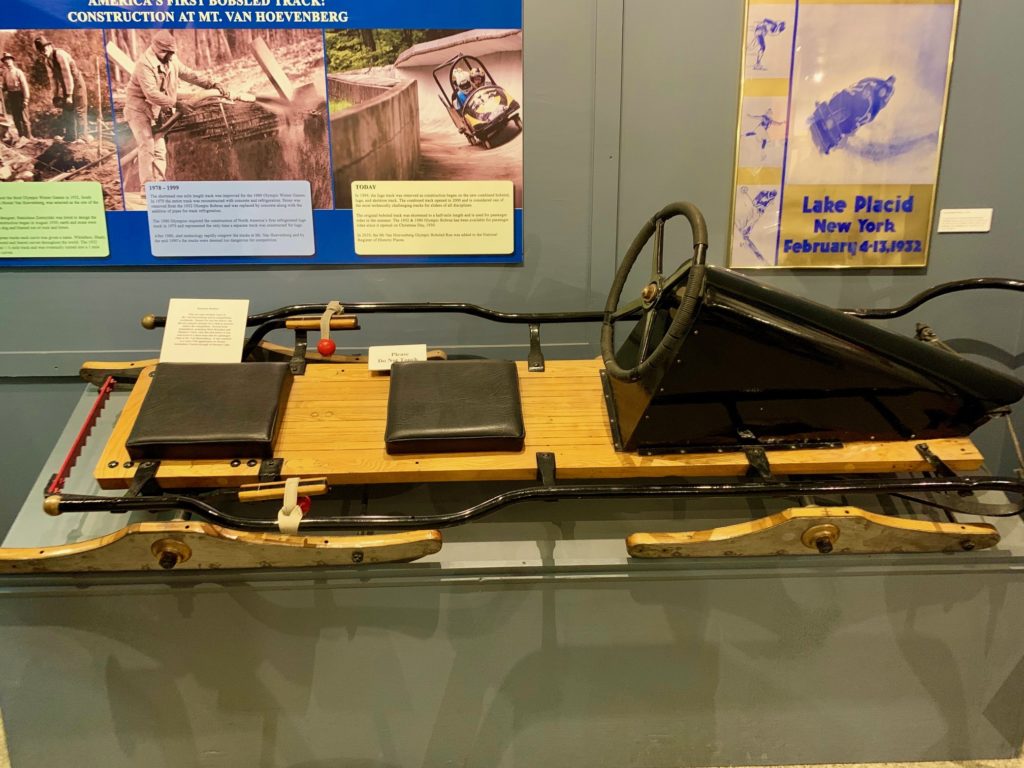 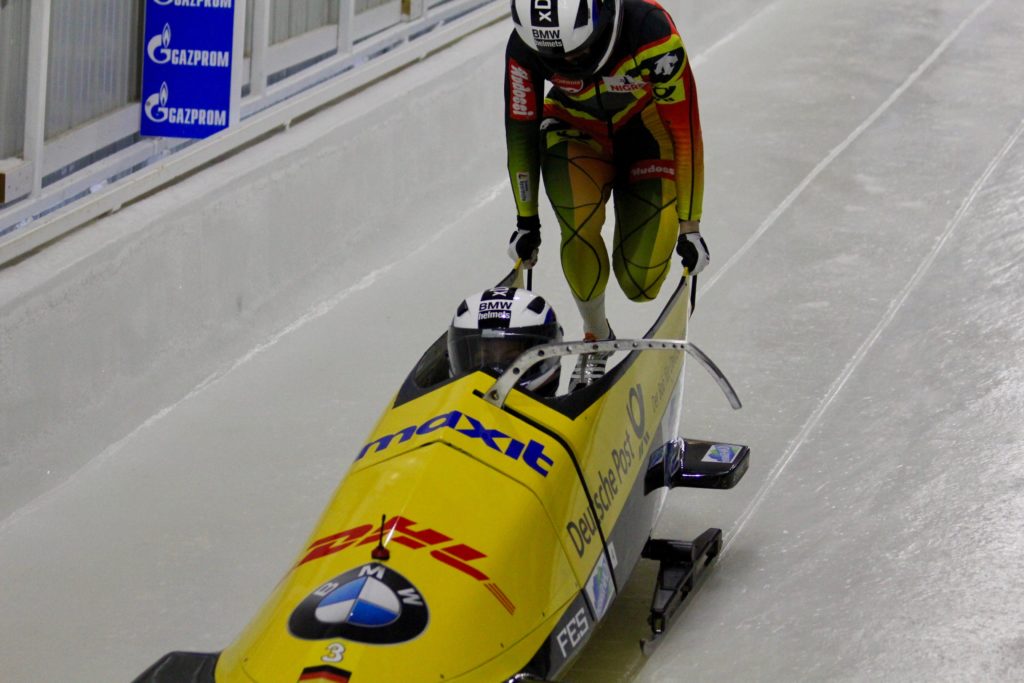 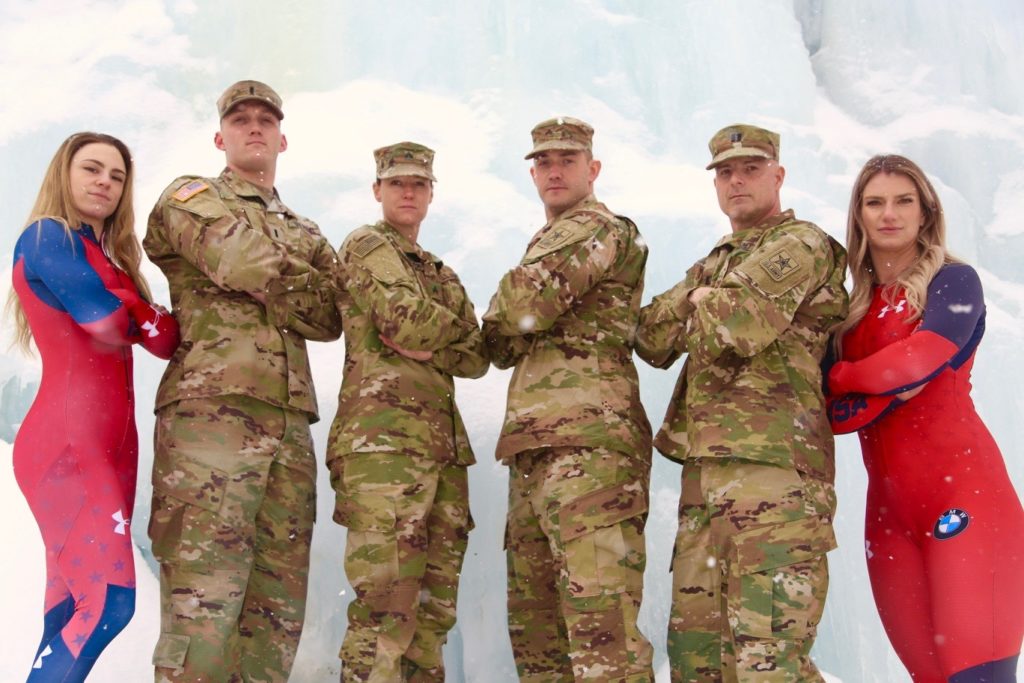 The US Army was represented well at Lake Placid. The WCAP did the practice runs for the World Cup Bobsled Competition. Sgt Justin Olsen (4th from left) has been bobsledding for two decades in 2-Man and 4-Man Bobsled Competitions. He has participated in numerous Olympics and won a gold medal in 4-man bobsled in the 2010 Olympic Games, held in Vancouver, and also received a number one global ranking.

The US Army’s World Class Athlete Program (WCAP) allows top-ranked Soldier-athletes to perform at the international level while also serving their nation in the military. WCAP members train and compete throughout the year and aim for the Olympic and Paralympic Games.

Especially during high-profile competitions like the Olympics, WCAP Soldiers provide positive role models, motivate their fellow Soldiers, and give Americans another reason to get excited about the Army. Since 1948, 446 Soldiers have represented the United States at the Olympics, earning 111 medals in a variety of sports. 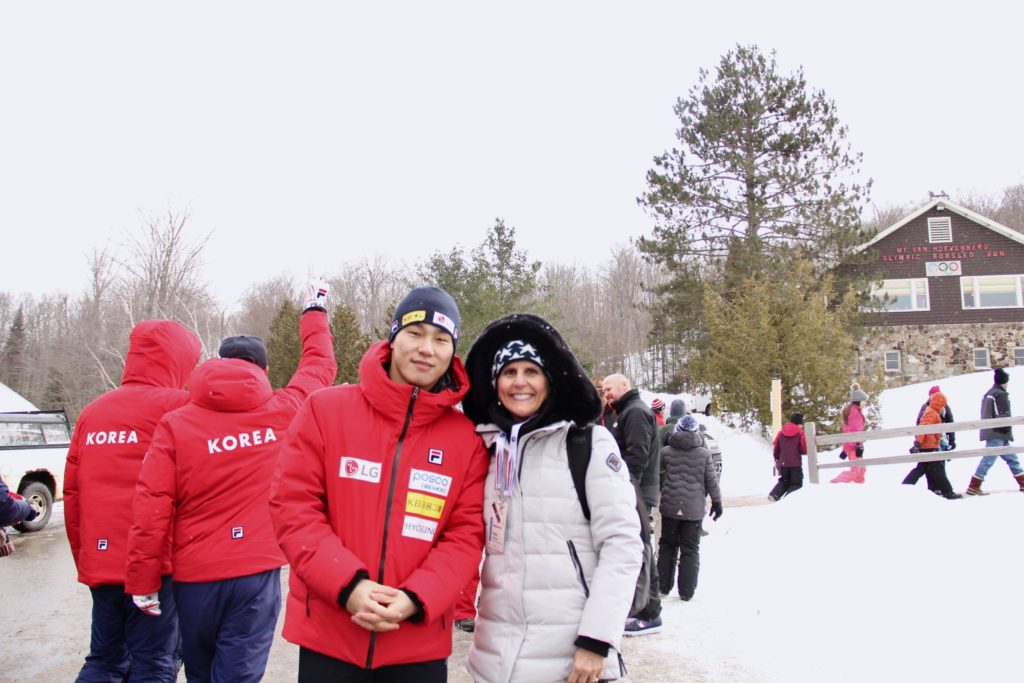 Ann and I decided to try out the Bobsled Run! We had a Pilot and a Brakeman. Initially, when we got started down the track, we both thought “This isn’t so bad, it’s actually sooooo cool! as we are hootin’ and hollerin’! Then, as we got going much faster and started some turns, we both got very quiet! It was quite terrifying! The conditions were much faster that day and we were going about 60 miles an hour! Holy cow, that’s fast in a bobsled! But we were brave and decided to claim that fact on the winner’s podium! WooHoo!!!! So glad we did it!! 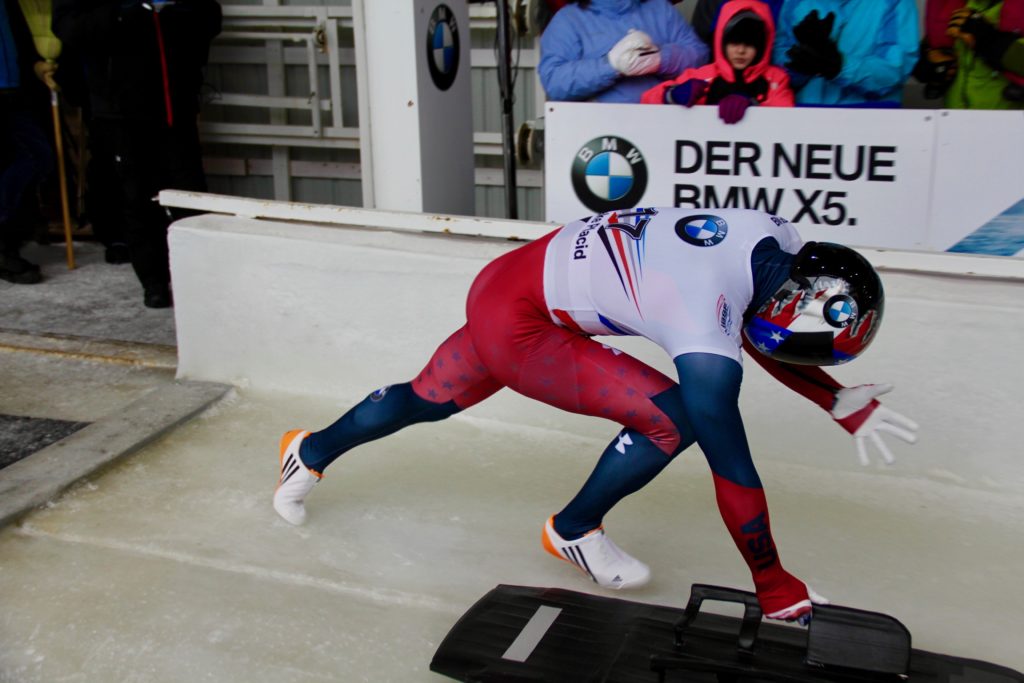 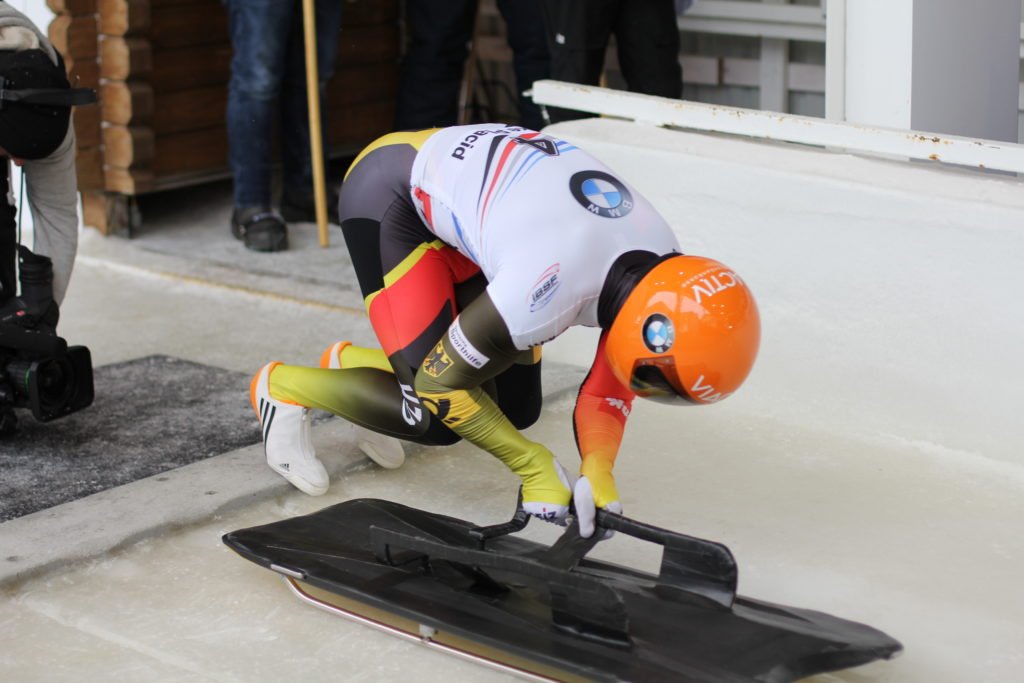 I hope you enjoyed this little preview of the World Cup in Lake Placid. It was fascinating and just a thrill to be able to watch it so up close and personal!