T Graham Brown performed at the Gwinnett County Fair this week. What a treat he was! I felt like I was 25 again! 30 years ago is when I began listening to T Graham Brown on the radio. During that time he has performed hundreds of times at the Grand Ole Opry. The classic country and gospel music was what I gravitated towards, and still do today! I reached out to T Graham for the possibility of getting an interview and photo with him before his set at the Fair. Well, he obliged! What a super nice guy and his wife Sheila is just as sweet as she can be. Sheila keeps everything completely organized and runs so well with a sweet disposition and a genuine smile for everyone.  T Graham Brown and Sheila are truly salt of the earth people, so down to earth and laid back with huge hearts and as you will see in this post. 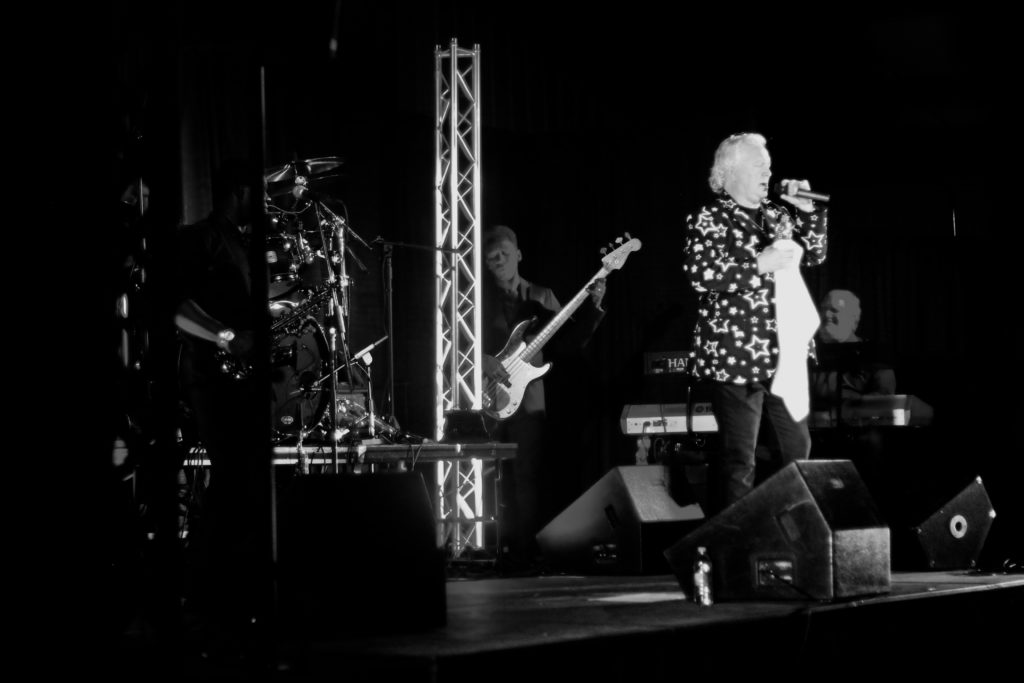 What a talented band T Graham Brown has! I could have listened to these guys all night long!
T Graham Brown still has it! That strong soulful voice, singing songs like “Wine Into Water,” (he wrote that himself), “Brilliant Conversationalist,” “Hell & High Water, Darlene,” “I Tell It Like It Used to Be,” “If  You Could Only See Me Now,” and so many more. He kept belting out one after another at this concert. T was influenced by singers like Jerry Lee Lewis, Johnny Cash, The Beatles, and The Rolling Stones. 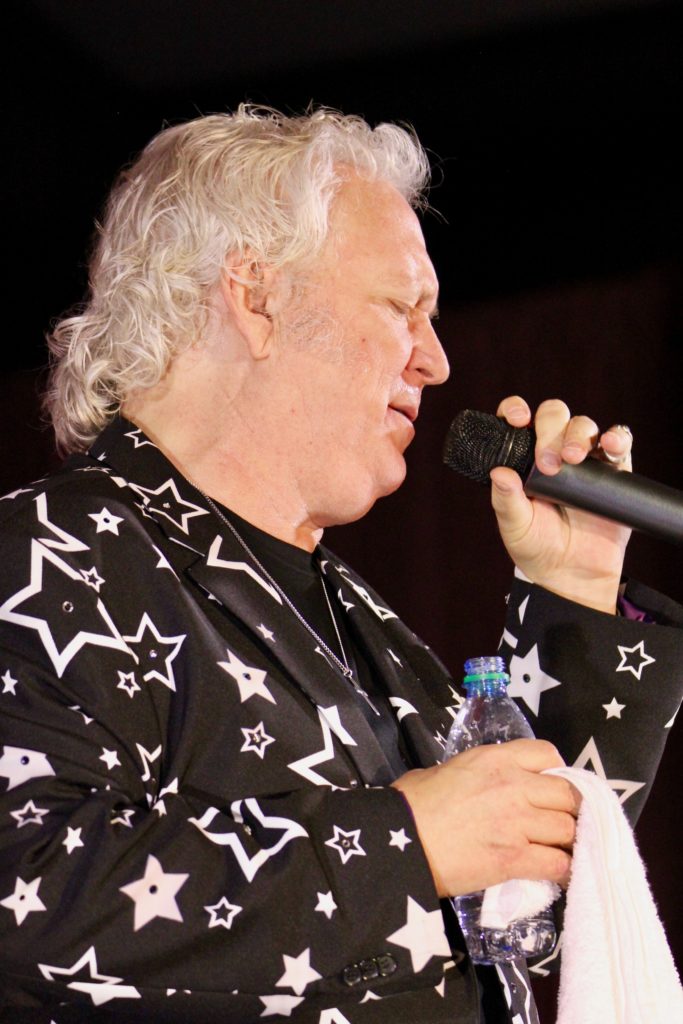 Hey, did you know that T Graham Brown was in the first-ever “Million Dollar Minute” advertisement during the Super Bowl for McDonald’s? He sang ‘Put your hands together around a hot Big Mac.’ It was the first time a company spent that much money on a Super Bowl commercial. 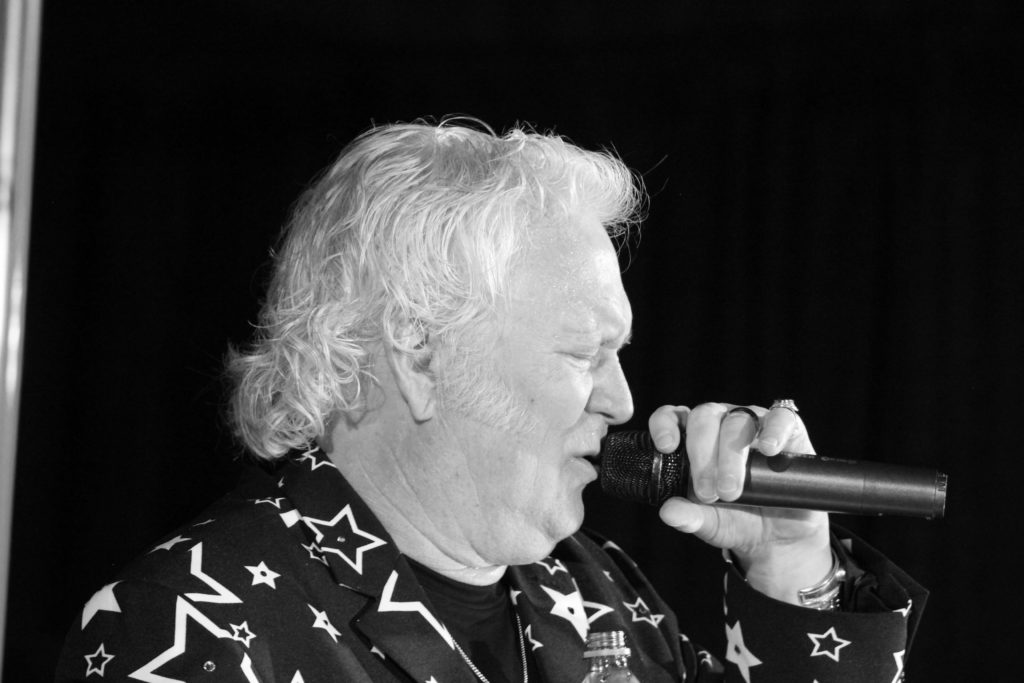 During the performance, T told some fun reminiscent stories from childhood. T has great memories from his childhood in South Georgia and then in Athens. He and Sheila attended the University of Georgia until they decided to head to Nashville in the 1980s to give the record business the best they could. Well, they worked hard and succeeded!

It was ‘family night’ at the concert with South Georgia relatives present, supporting T.  T Graham mentioned to me that his Mama brought him some brownies before the show. Just what every Mama does for her kiddos no matter what age they are!

His Mama has the BEST sense of humor! When T & Sheila were living in a small home on his parent’s farm, before moving to Nashville, his Mama came running out to the little house while T was still sleeping yelling “Tony, there’s a bear in the yard, help, help!” Well, Tony came flying out of the house, shotgun in hand looking for a bear. It was April 1st and Mama yelled “April Fool!” T said it was the best April Fool joke anyone had ever pulled on him.

Then when T was small, his Daddy would practice with him for hours and hours to learn how to pitch. After playing in Little League, High School and then college where he didn’t get to play much, he asked his UGA Coach what he should do…..”I really want to play baseball, but I’ve got an opportunity to sing here in Athens, I don’t know what to do?” His nice, grandfatherly kind of guy coach said, “Tony, I think you should go sing”!  Tony, we are glad you went in that direction! 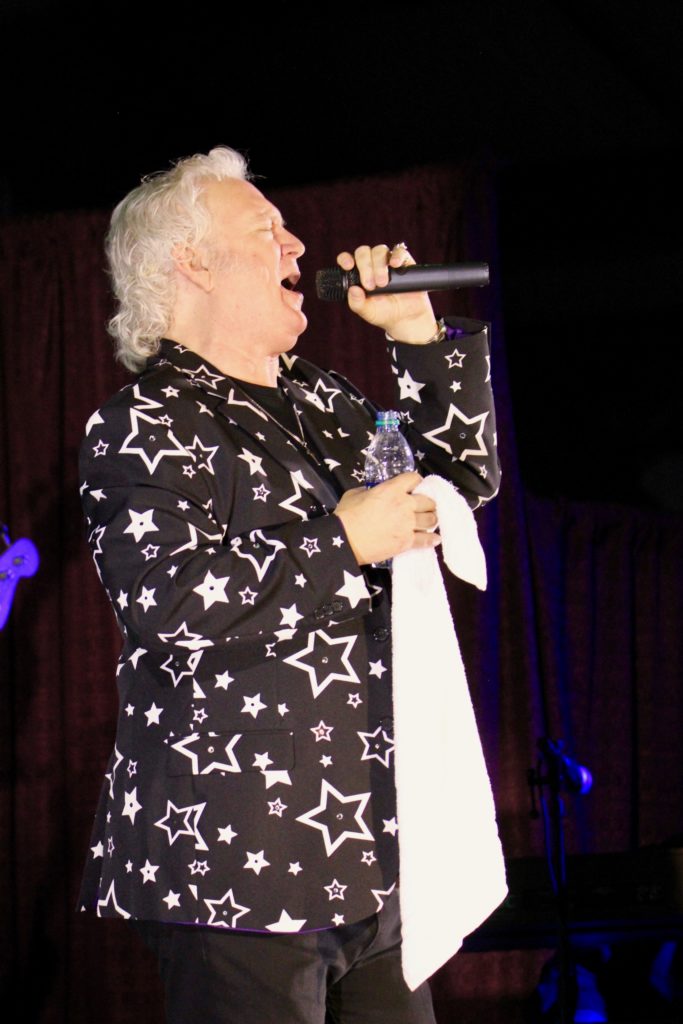 One of his latest projects, Forever Changed, speaks volumes of the friends T has from the country, soul, rock and Christian music genres. Vince Gill, Jason Crabb, Leon Russell, Sonya Isaacs, The Oak Ridge Boys, Steve Cropper, The Easters, The Booth Brothers, Three Bridges, and Jimmy Fortune all have contributed to this CD. It was a gift for me from Sheila and T this week and I am about to wear it out. Such a great gospel album and so incredibly encouraging! 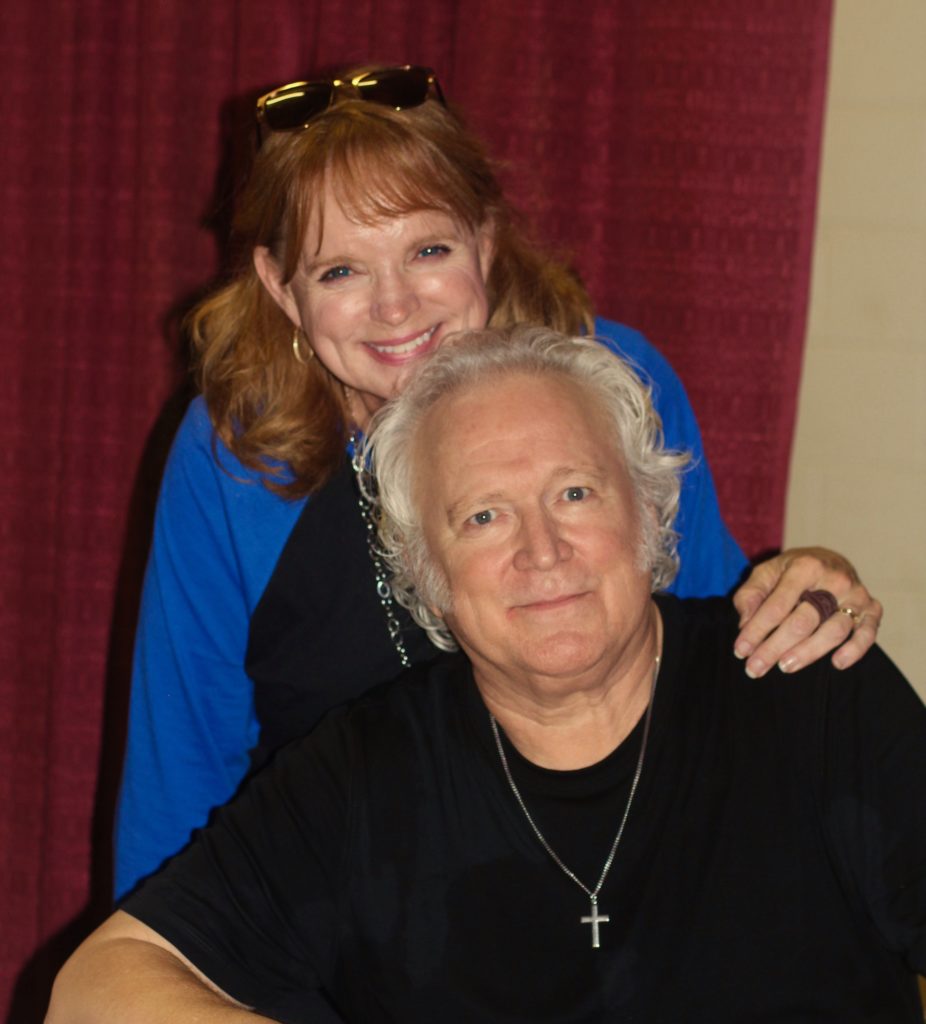 Look at this sweet gal with her hubby!  Two of the most genuine people right here! They have been married for 38 years. As T struggled with some addiction problems years ago, Sheila was his encourager through all of that. T gives her so much credit during that time especially. When he finally made the decision to no longer use alcohol & drugs he penned the song ‘Wine Into Water’, asking God for help. He gives the credit to the Lord for saving his life and allowing him to witness to others that Jesus is there for everyone who is sincere in wanting Him in their life. T Graham reminded people during this show that “Even though we are having some crazy times now in the world, Jesus is at the throne 24/7 and everything is going to be okay”. That was the consensus of the audience as the majority of those of us present began to applaud. T Graham is very encouraging to those struggling with addictions and desires to encourage those he can to stay sober. 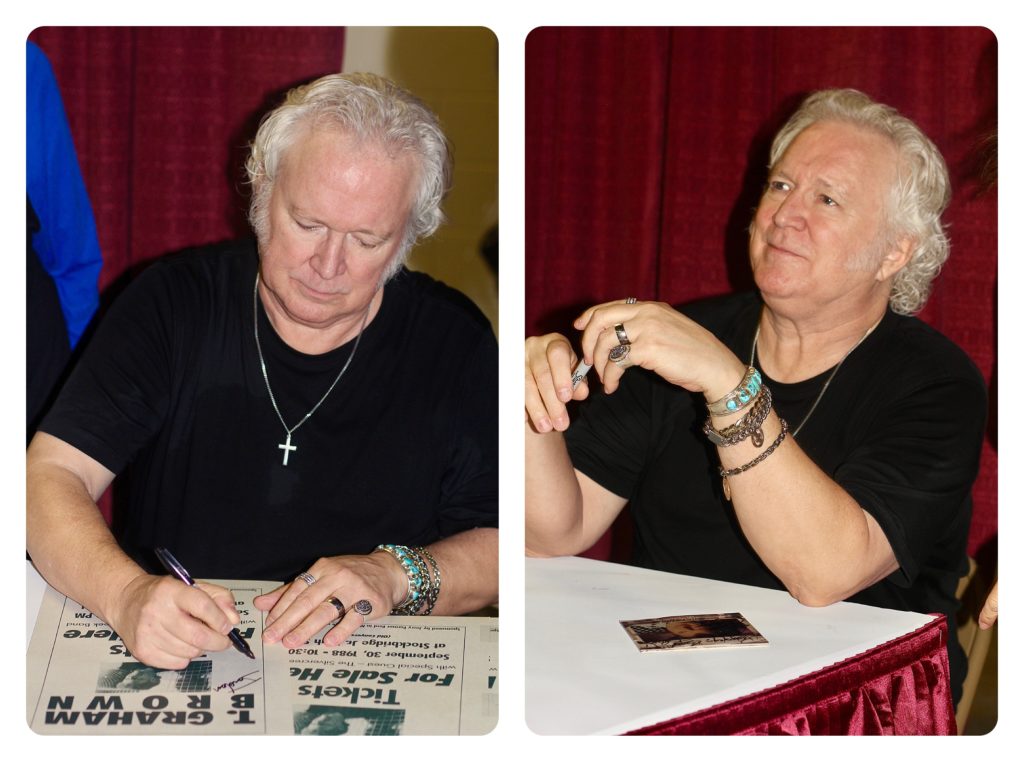 T Graham Brown is so sweet and kind to everyone that is waiting in the Meet and Greet line. People are so eager to speak to him and have him sign various things for them, t-shirts, CDs, posters, and pieces of paper. He was not in a rush and gives each person as much time as they want. Sheila is right beside him as she helps with questions about merchandise or just a sweet pat on the back for her husband. There is a smile for everyone from both T and Sheila. Honestly, just a sweet-hearted couple!

Everyone…..meet Ethan! He has to be T’s youngest fan. I was told that Ethan was singing along to every song that T was singing on stage. Ethan knew all of the words to every song that was sung! How about that! He is a faithful fan and tries to get to as many T Graham Concerts in Georgia as he can. He patiently waits in the meet-and-greet line where he is finally greeted by name by T!  Just look at that million-dollar smile!  He buzzes right along to the head of the line and T invited him around to the other side of the table! The BEST side of the table as that is where the pals shared a sweet hug and T had some special gifts and words of affirmation for him. Ethan was on top of the world. Ethan even walked away with a signed, sweaty towel from the show! Now that’s a fan! 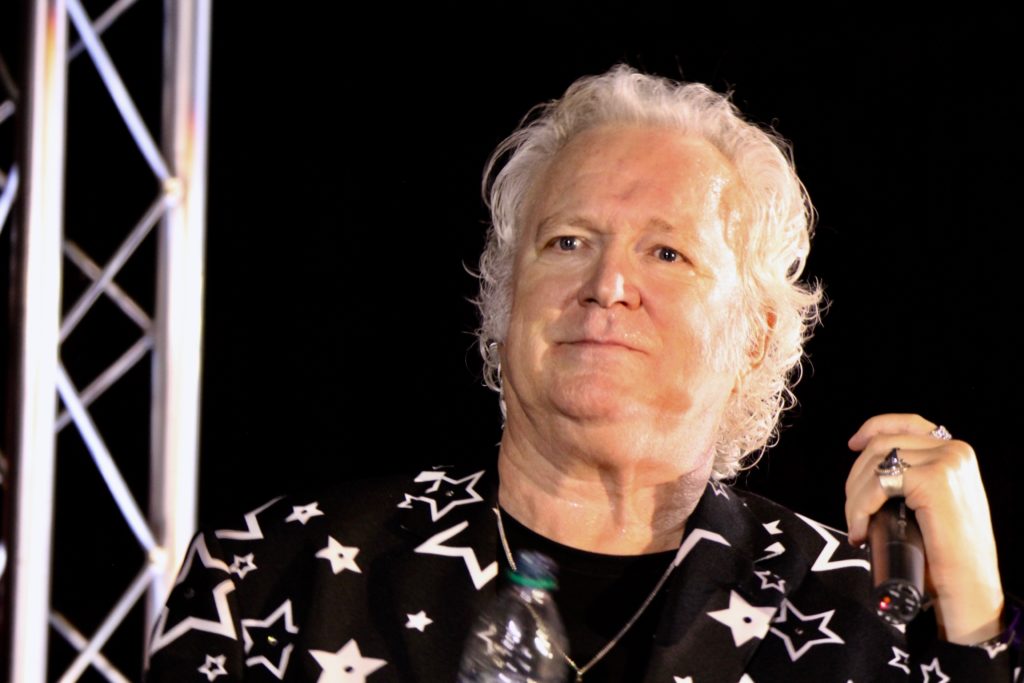 T & Sheila are involved in the Christian nonprofit organization International Cooperating Ministries.  They help with building basic church buildings around the world for people to have a church to walk to in order to worship Jesus Christ. There are over 7,000 churches that have been built in many countries like Brazil, Cuba, Russia, China, Ukraine, Sri Lanka, Tajikistan, and Vietnam just to name a few. Their goal to is have 20,000 churches built by 2020. 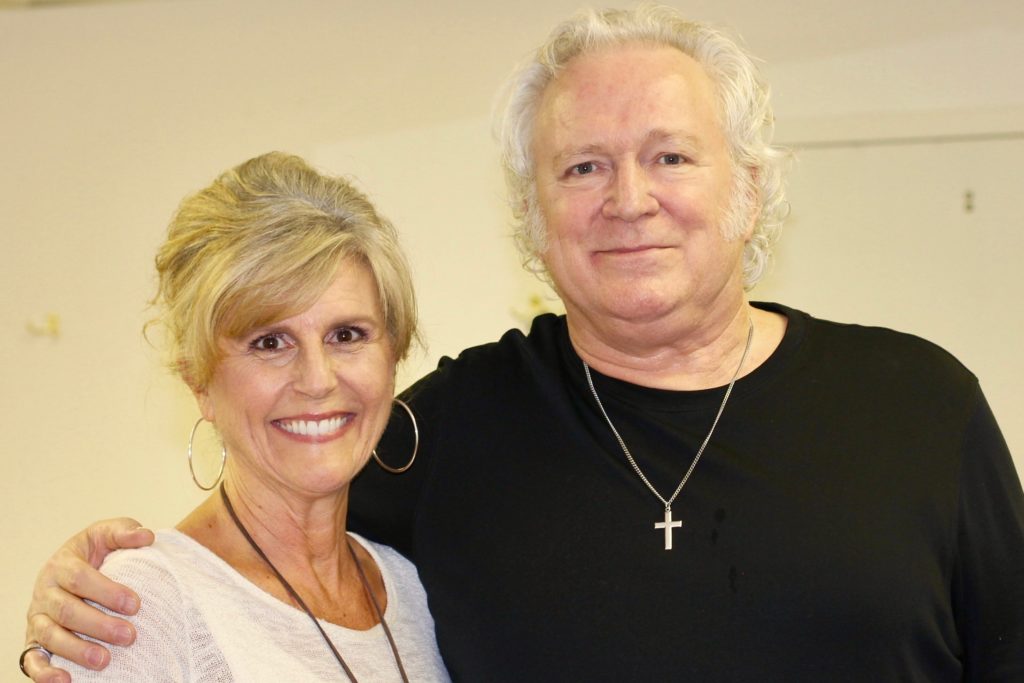 The Browns help make the world a whole lot better. They both go the extra mile with their sincerity, generosity, and kindness!  I am so honored and encouraged to have met them and now privileged to call them friends! Thanks so much, T & Sheila for sharing a bit of your life with me AND for a special and wonderful music-filled evening. I appreciate you and really look forward to seeing y’all again, hopefully in Nashville before too long!!